Atlassian Ecosystem has several service desks to support our developers and partners. We are committed to improving this experience, and we are excited to share an update as part of these efforts.

We are beginning the consolidation of our existing service desks into what will be a single project called ECOHELP for Developer & Marketplace Partner Support. Starting in July 2022, the following projects to be merged into the new Project:

*App approval tickets will not be a part of Phase 1 of this consolidation.

All ticket history will move to the new project.

Additional service desks, including Cloud Fortified, Data Center App reviews, Cloud and Server app reviews, will be consolidated into the new support project later in 2022. We will provide an update prior to the next phase of these improvements.

We’re also excited to include an issue type in the new service desk where partners and developers are able to raise incidents to Atlassian which has been a long-requsted feature to replace the Developer Community threads or other means of raising technical issues.

What do I need to do?

No immediate action is needed at this point. Continue using the existing service desks until further announcement. The exact date for migration will be announced by the end of June and will be approximately 30 days prior to the migration.

Join Atlassian’s Developer and Marketplace Support teams to hear about how they’re joining forces to ensure all of your needs are taken care of in a timely manner. The teams will review recent improvements, share a sneak peak of the consolidated experience, and give an overview of what’s planned for as part of future improvements. Sign up today →

One question that occurred to me off the back of https://community.developer.atlassian.com/t/transactions-are-missing-again/59140/13. It is great to have leadership (@amardesich) post on issues that affect the whole ecosystem. My assumption is that having critical incidents in a service desk makes that less likely. Am I off the mark?

Another thing that CDAC provides is discussion post incident when everything has calmed down somewhat. This is probably a mixed blessing, but I feel that it is necessary to have a way to talk about the incident, sharing impact and asking for more information once it is resolved.

One thing I mentioned on the Team Time session was getting a feed of incidents as they are reported that we can view in Slack. We currently do that using RSS and email from CDAC. It would be a problem for us to lose this functionality.

Here is the recording from the talk: 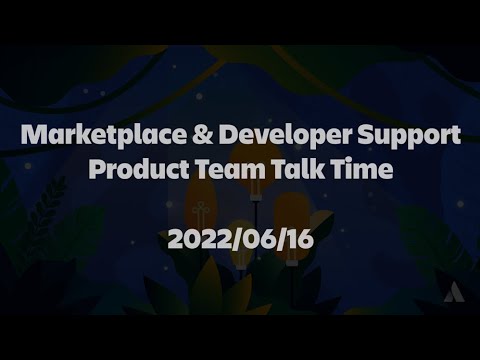 - will defer to @Andrew_Golokha and @syong to land an answer to that one).

When we compare CDAC with public tickets in the new service desk project, I don’t think it’s going to dramatically change the dynamics of conversations there. In JSM, both partners and ecosystem developers will be able to collaborate on the insights/reports and different Atlassians (including the members of our leadership team) will be chiming in when necessary to provide additional context. Also, folks can be (at) mentioned in JSM (similar to CDAC). This is not something we’ve done in the past (having public tickets in JSM for critical incident reporting), but we’ll make sure the right people are looped in for specific incidents/conversations.

As for post-incident discussion, this should also be possible in JSM. For high severity incidents that require a PIR, it will be posted in the tickets before resolving them. Those tickets can be reopened by posting additional updates if you or somebody else have additional questions or feedback.

We are not trying to replace CDAC with the new JSM project. What we are doing is changing the channel where you and other partners and developers can notify us about a critical incident. There could be cases in the future where conversations will be happening in JSM and CDAC, but CDAC will no longer be considered as an escalation channel for urgent issues. Based on the feedback we got earlier this week, we’ll keep the critical incident branch in CDAC alive for at least one month to see how conversations unfold.

As for the incidents feed & RSS, we understand why this is important, but haven’t had a chance to figure it out yet. We’ll make sure to provide an update on this before the official launch.