Hey everyone! We’re trying to write a custom field type for jira cloud, which could update watchers list of an issue and also it should catch a watcher list change event to have a some sort sync between our field and issue watcher field. 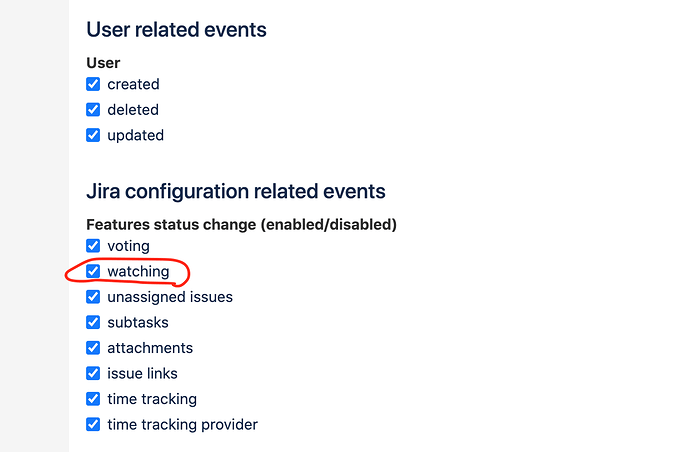 So… is there any plans to expand the default trigger’s events list by watcher changes or fix webhook watchers changes? Cause it’s a huge blocker for the our jira field type.

So we’ve checked and as we saw this watchers item is not related to the issue, but configuration. Does it mean that there is no any way for issue’s watchers observation?